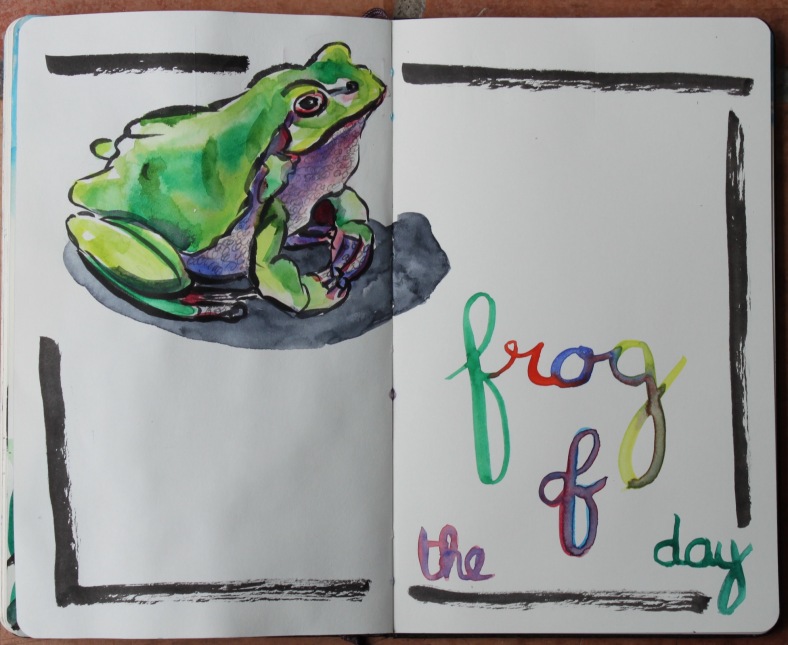 Today is a rainy day in the South of France and definitively a good day for frogs!

Interesting facts : Frogs are amphibians and the word “amphibian” comes from a Greek word that means “both kind of lives.” This is because frogs start their lives in the water and then live on land.

The British have been poking fun at the French for their penchant for eating frog’s legs since the 16th century by calling them “frog-eaters,” now commonly shortened to just “frogs.”  But did you know that the Chinese are known to have eaten frog’s legs for millennia, and the Aztecs were partial to them too ?